Rolls Royce makes some of the worlds most coveted cars.  Rolls completely eptitomizes pure luxury, prowess, class, beauty and every other caviar-tasting word you can think of.

Recently, RR released a concept called the Vision 100, which is a project BMW dishes out to the brands under it’s umbrella.  The concept lets the designers have freedom to envision what their cars will be like in the next 100 years.

The Rolls Royce Vision 100 is, as you can probably guess, an autonomous vehicle.  Something I predict Rolls will be one of the first to perfect, given their history of making cars for total passenger comfort and luxury.

Between the Ghost, Phantom, Dawn, Wraith and all the Drophead models, I guess you could say that there’s a Rolls Royce Motor Car for everyone.

On the subject of the Rolls’ models, we will be talking about the Ghost today.

The Ghost and the Phantom are some of the most popular Rolls Royce Motor Cars out there.  The two are hardly distinguishable, and they both have ghostly names. I always liked that.

Rolls Royce is redoing a few models in their line up, including the brand new and beautiful Dawn, and the legendary 2017 Rolls Royce Phantom.

The 2017 Rolls Royce Ghost is the latest offering in the Ghost family, and recieves all the updates BMW has sent Rolls Royce’s way.  As usual it’s an absolutely massive sedan with glorious suicide doors and everything plushy that Rolls Royce offers.

Every Rolls Royce has had the same general body style since what seems like the dawn of time (Rolls Royce Dawn joke).  They are all absolutely giant sedans with suicide doors making it easier for rear seat – or for two door variants the main – passengers to get in and out of the land yachts.

The Ghost is kind of the Phantom’s little brother, if you can call it that.  It has a bit more modern design than the Phantom which is more of the traditional super-boxy design.

The front end of the 2017 Rolls Royce Ghost has a bit more of an overall curve to it over the Phantom.  On the subject of the Ghost’s sibling cars, the Wraith is pretty much a two-door Ghost.  Basically identical from the front.

Rolls Royce’s Ghost features the traditional front doors, and the classic suicide doors for rear-seat passengers.  Both sets of doors can be automatically closed or opened for a pure, luxurious feel.

The roof line of the 2017 Rolls Royce Ghost is a sleek one, over the even more boxy one of the Phantom. 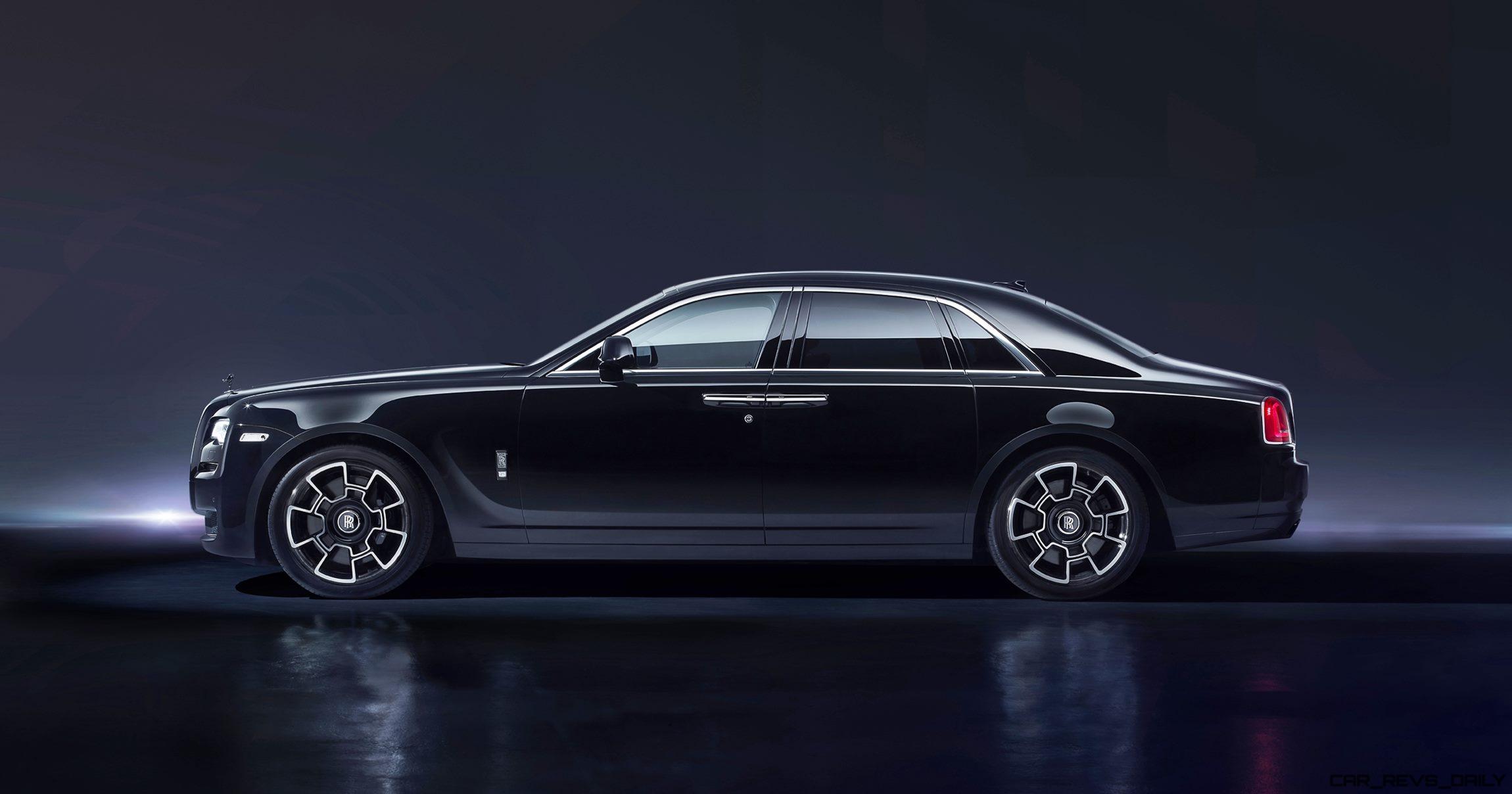 Overall, the 2017 Rolls Royce Ghost is a massive, luxurious sedan that sports a youthful body with classic Rolls Royce elements.  This behemoth will stand out in nearly every setting as the pinnacle of luxury and class.

Rolls Royce calls the Ghost its entry-level model, which is surprising when I tell you it starts at $295,000.

The interior of any Rolls Royce is a wondrous place.  Flowing wood and the highest quality leather is everywhere on these cars, and it looks absolutely stunning in every spec.

Rolls Royce obviously lets its customers completely customize their new Ghost to every bit of their liking.  From the classic star light ceiling trim to the completely symmetrical wood in the dashboard, Rolls Royce has you covered.

You won’t find anything too modern or cutting edge (in appearance) on the inside of really any Rolls Royce model.  Rightfully, the designers of the 2017 Rolls Royce Ghost kept things traditional in their approach.

Some owners opt for the most ridiculously detailed wood trim which you can see below, and it is just beautiful.

There is a large navigation screen that is powered by BMW’s fantastic iDrive system, and air conditioning controls that are very simple to use.

As for the back seat, that is really the place to be for a Rolls Royce customer.  It is a level of comfort and luxury untouched by really anyone else.  Sitting in the back of a Rolls Royce really makes you understand why Rolls says they have no competition that is a car.  Their competition are yachts, airplanes and other Uber-luxuries outside of cars.

The general layout of the insides of a Ghost are pretty basic, but once you add in nearly every customization option that Rolls Royce offers, you really begin to create a unique machine.

You can seat five adults in the 2017 Rolls Royce Ghost.  However, the interior is really at it’s most luxurious with four passengers.  That way, the rear arm rest can fold down and control the comfort of the rear-seat occupants.

Like I said before, the massive engine is not solely to produce a massive amount of power, but it is to make the ride in the Ghost as smooth as possible.

The natural consequence of a massive engine is the massive power.  The 2017 Rolls Royce Ghost can do 0-60 in 4.4 seconds, even though you will most likely never need to or really want to do that in a car made for pure luxury.

The engine is completely hand made, as with everything in the Ghost.  Purity.

The 2017 Rolls Royce Ghost may have a big price  of just under $300,000, but you get the absolute best and well equipped entry-level car in the world for the price.

The 2017 Ghost has already been released, so grab your pocket change and give Rolls Royce a call.