Porsche is one of the best manufactures of sports cars in the world.  The instantly recognizable shape of every one of their cars makes it so that nearly any one can identify a Porsche just by the mere sight of it.

For as long as history stretches back, Porsche has made the 911, and a fleet of other sports cars that have stretched the bounds of what a car is capable of.

The 911 has almost transitioned from a sports car to a luxury grand tourer, but has the power to back it up.  The New Cayman and Boxster 718 round out the brands prestigious sports car lineup.

Since the early 2000’s, Porsche dove into a new territory that is just about as far left as you can get as an experienced sports car manufacture.

I am of course talking about the Porsche Cayenne.  A large SUV from a brand notorious for making cutting edge sports cars, made an SUV. That, on the surface, sounds ridiculous if you peel back history, but the Porsche executives have been pleasantly surprised at how well the Cayenne did.

So much so that the Cayenne is still currently in production, and starts around $60,000.

So much so that Porsche has commissioned the Cayenne’s little brother to help clean up a bit more market share.  We’re talking about the Porsche Macan.

The 2018 Porsche Macan gets a fresh new face in the light of a mid-cycle refresh, along with some power train changes. 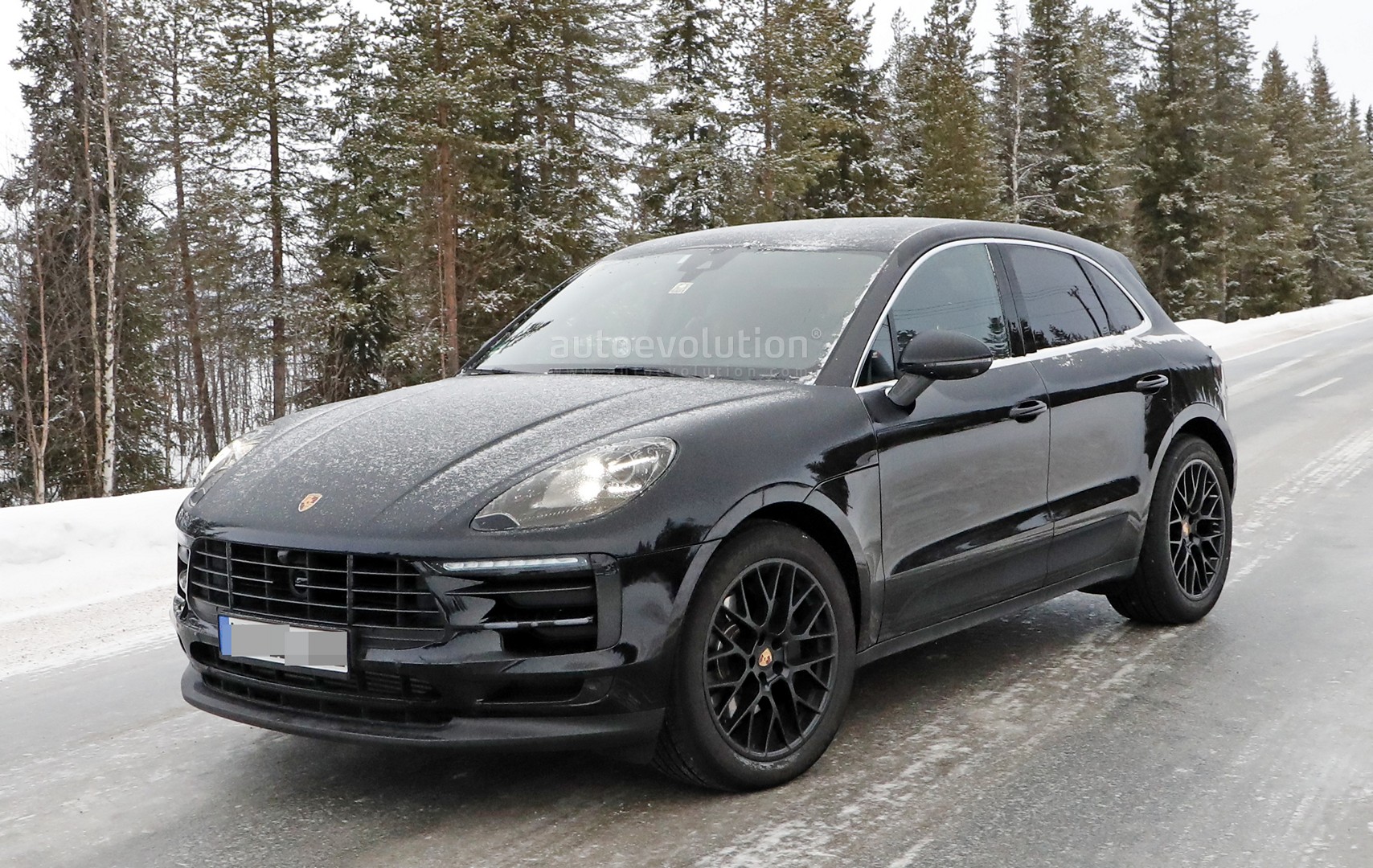 Porsche has always designed their cars in a more conservative manner when compared to other sports car manufactures, especially in their current price range.

Like I said in the introduction though, you can pretty much immediately tell when a Porsche is a Porsche. This language and heritage of design holds true through their SUV line up as well.

Since 2003, the Cayenne has adopted cues from the 911, even though it has strayed away from its sports car brother in more recent renditions.

The Porsche Macan has been, since it’s release just as Porsche as any other Porsche has been Porsche. The new car has revised air vents and the indicator lights appear to located lower on the front bumper than that of the current model, making everything look very level and symmetrical up front.

The headlights and tail lights remain the same shape as the current model, however the lighting system is a bit more updated.  The taillights get more LED signatures to make it look more like what we see on the Cayenne, and it looks great.

The Macan has always been my favorite SUV from Porsche (even though there’s only two choices for now) because of how sporty it looks.  And mainly because the Cayenne looks like an over-weight dolphin.  That might be my un-popular opinion, so you don’t have to listen to me.

Porsche’s interiors have been a thing of either love or hate, and I personally appreciate them.  The sports car section of Porsche (911, Boxster and Cayman) generally has the same design for every car, which can get a bit annoying for someone who is shopping around.

The interior’s aren’t bad at all, there’s just a lack of creativity, and I know Porsche can do better.

Anyway, The interior of the current Porsche Macan is lovely.  Like every Porsche, the current Macan features a long center tunnel with tons of buttons located on either side of it.

it is generally a smaller Cayenne inside the Macan, as we see with the interiors of the 911, Boxster and Cayman.

For the new car, we don’t really have any spy shots of the interior for the 2018 Porsche Macan. But, we can predict it will follow suit with how the new Cayenne interior is shaping out to look like.

On the new Cayenne, we see that most of those buttons are replaced with touch pads and touch sensitive controls.  Plus, the infotainment screen is larger.  This makes the whole interior look more upscale and modern.

The 2018 Porsche Macan will adopt a more technologically advanced interior and most likely share design cues with the Cayenne and Panamara.

As we saw in the specs of the 2018 Porsche Macan, Porsche is employing some new power trains for the Macan and Macan S.

This comes from a 2.9 L turbo charged V6 engine, and a 3.0 L V6 engine.  While horsepower figures are a bit lower from the current generation, Porsche insists the new engines are more fuel efficient.  Plus, Audi and Porsche use the same engines now and I imagine it is much, much cheaper to just use engines from the parent company rather than develop a new system.

As for the Macan GTS and Turbo, Porsche hasn’t really released much info, but we can expect some sort of power bump and engineering update for the mid-cycle refresh.

I always liked the Porsche Macan, and the 2018 Porsche Macan seems to be much the same SUV we’ve seen for a bit now, but with better power to drive the wheels.

I assume the starting price will remain the same; around $50,000 for the 2018 model.  Look for a release date later this year as we learn more about the new Macan.