If you know about Ferrari, Ferrari’s past, and how Ferrari’s CEO Sergio Marchionne is; you’ll know why there’s a problem here.

There have been rumors going around that Ferrari is planning on making an SUV.  That rumor definitely shocked me.

Ferrari CEO Sergio Machionne has said that he would rather have himself shot first before Ferrari makes an SUV, which is a statement I really appreciate.

Look at Ferrari’s history.  The company is a manufacture of the most incredible, beautiful, and desired sports cars, super cars and hyper cars ever.  Plain and simple.  Ferrari’s are Ferrari’s.

That being said, it is so sacrilegious for a company like Ferrari to produce a vehicle made for utility and comfort.  It just doesn’t make sense.

Even Lamborghini has a pass for making an SUV.  They’ve made one years ago and that is all fine and good.  The Urus seems to be a real contender for the company and I’m more content with Lamborghini’s swoop into the SUV market.

But Ferrari?  Come on.

Why It Would Make Sense:

I am fully against Ferrari making an SUV.  However, just like pretty much anyone, I can’t deny it would make sense to do so. 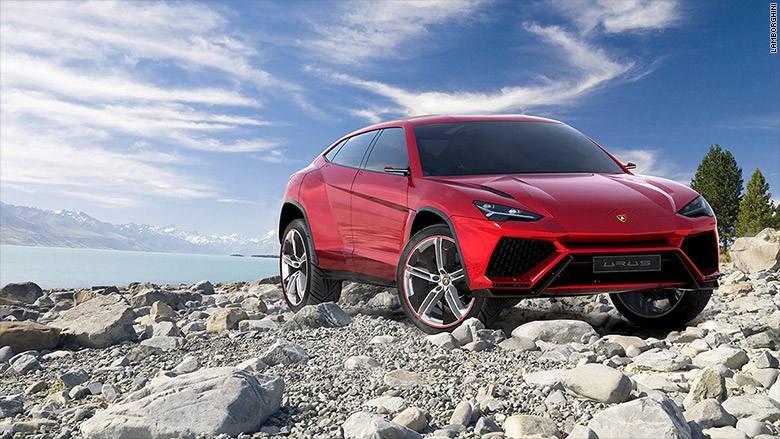 The SUV market has skyrocketed in recent years as I’m sure you all know well. This has pulled manufactures into the SUV game that would never really associate themselves with the class of vehicle.

Rolls-Royce is producing the Cullinan, Lamborghini is making the Urus, Bentley made the Bentayga, and now Ferrari may be making something that may be a cross-over type SUV.

Many owners reach out to their manufactures and request an SUV.  On top of all of that, Ferrari has plans to increase sales numbers in the next couple of years.  And how do you do that?  Make an SUV.  It is the most popular market segment right now and there’s no easier way to cash in than to…cash in.

The Ferrari SUV would most likely be some sort of five door coupe thing we’ve seen from the likes of Mercedes, BMW and now Lamborghini as well.

I guess in this case I can call myself outdated.

I don’t think Ferrari should make an SUV, because Ferrari is a super car / sports car company.  Historically, they have some of the most pure and heritage driven blood in the automotive industry.

Ferrari has become a bit of a sales pitch with nearly everything on earth dawning its branding from theme park rides (astronomically cheesy) to shoes and everything in between.

So, while they have some of the most coveted heritage out there, they have done some questionable things; At least in my eyes.

Theme parks aside, Ferrari is also historically picky on nearly everything.  I’ve heard on two separate occasions where Sergio Marchionne said he’d rather shoot himself than do something against what Ferrari stands for.  This is something I admire.

One of those things as I mentioned before was making a Ferrari SUV.  It just goes against the grain of Ferrari heavily and tarnishes even more what the brand stands for.

On a business level, an SUV makes sense.  It just does.

On a heritage and tradition level, a Ferrari SUV is a sin.  Things are complicated out there.

The project is apparently called F16X, and of course it’s not being called an “SUV”.  As we see with Rolls-Royce who want their SUV to be a car still…

Also, there are reports of the F16X having suicide rear doors and no B-Pillar.  The car-SUV could also feature a hybrid drive-train and a V8 engine.  Scaling down too?

Obviously since the release date isn’t set until 2021, a lot can change in the meantime.  Do I hope the project is scrapped?  Yes.  But, I know Ferrari wouldn’t release something dumb.  For the most part.

Also, we can expect a sticker price on the F16X to be around $340,000 according to some sources.  This sticker is very Ferrari.  Quite possibly the only “Ferrari” thing about the project.

Additionally, Ferrari is now a publicly traded company.  That meas that they are open to the market and can be swayed more in their decision making as a company.  Maybe that’s where the whole SUV thing comes in.

I do think there is another way for Ferrari to hit their goldmine 10,000 units sold a year mark, other than offering an SUV.

While an SUV will most definitely get them there, we can even look at McLaren for examples on how to get to such a big number of sales by 2025.

McLaren offers different series of cars.  Entry-level (if you can call it that) all the way to the super series.

While I don’t think Ferrari should implement that sort of level system specifically (only because “super series” doesn’t sound very Italian) I think it would be a good idea to have cars at different levels.  SUV’s seems like the easy way out.

McLaren hit 10,000 units recently without an SUV.  So maybe Ferrari can too.  Especially when you consider Ferrari sells around 8,000 cars a year; So another 2,000 won’t be hard to get.  I don’t think Maranello needs an SUV to get those extra 2,000 sales.